I grew up on the Atherton Tablelands in Far North Queensland, Australia. My first job as a kid was stringing tobacco leaves on sticks – a dirty job, that. Since then, I’ve tried my hand at a variety of things – labourer, farm water advisory officer for the Queensland Government, farm worker, door-to-door vacuum cleaner salesman (in the US), kitchen hand, gardener, fruit picker, English teacher, astrologer, astrology teacher, interpreter, business creator and manager, and writer. I left Australia when I was twenty and lived out of a backpack (filled mostly with books and the odd necessary item of clothing) for the next ten years. In that time I worked on a kibbutz in Israel, braved the bleak winters on an English farm, lived and travelled in the US for over a year, crisscrossed Europe, hitchhiking most of the time. Travelled by plane, boat, bus and train (amongst others) from Bali to Bombay, from Colombia in Sri Lanka to Cos in Greece, through the Himalayas and the Afghan desert – it was peaceful at the time – an overland journey to remember! While cherry-picking in the south of France (which became my home for 18 years), I met a beautiful French lady called Rose and therein lay the beginnings of parenthood . . . another learning experience.

While living in France, I had a short book on meditation published in French in 1992. I came back to Australia in 1996 and have been living in the countryside near Brisbane in Queensland ever since. In 2003 I had an environmental workbook for secondary students Ecosystems and Indigenous Peoples of the World published by Knowledge Books and Software in Brisbane. I obtained a BA at University of Queensland in 2006 with majors in Writing and Environmental Studies. I achieved first class Honours in 2009 at Queensland University of Technology (QUT) with a memoir set in France. In 2014 I completed a PhD in creative writing at QUT titled ‘Representing the Past: Authenticity and the Historical Novel.’ As part of my thesis, I wrote the historical novel Turrwan, which I published the same year. 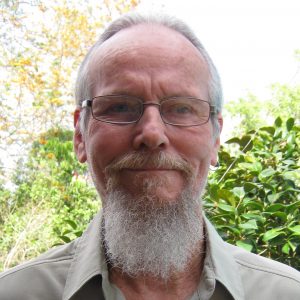