We caught our first glimpse of the Tower as we drove into Allevard-les-Bains, a small town nestled in a valley at the foot of the Alps in Isère. The Tour du Treuil is an imposing medieval structure on a knoll on the western slope of the valley, from where it presides over the surrounding countryside with an unflinching eye. Originally built in the twelfth century as a fortress from which the ruling powers could observe the traffic through the valley below, the tower has had many uses over the centuries, one of which was housing Russian refugees during the Second World War. Fortunately, Rose and I weren’t refugees, we were guests of the present owners, our Australian friends, Chris and Suzanne Carroll (no relation), who bought the tower in 2010.
From our room on the third floor, reached by a lift no less (or a narrow staircase, legs permitting), we could see the Gleyzin glacier (2697 m.) and snow-covered mountains framed in the massive window. We quickly settled in, then set off to tour the premises.

To celebrate our arrival, our hosts had invited their neighbours Louis and Colette for dinner on the terrace. While drinking an aperitif, we indulged in a game of croquet, with Chris explaining the rules. I had never played and didn’t realise just how cut-throat croquet could be. We blasted each others’ balls around the grass or into the bushes in our surge to the winning post. With the game over, Louis suggested a round of petanque, to be played with square balls.

“Square balls?” I enquired, not quite managing to keep a note of incredulity from my voice.

“Oui, oui, c’est vrai; des boules carrées,” (Yes, yes, it’s true; square balls) Louis assured me, a twinkle in his eye. “Because of the hills. If we play with round balls, they disappear down the slopes, never to be seen again. So, we use square ones instead and the problem is solved, no?” he added with a wink that did little to dissipate the feeling he was taking me for a ride.

“I’m willing to give it a try,” I responded, not sure how this would end.

Colette scurried off to her house to fetch the said balls and arrived back carrying a bucket, which she deposited at my feet. “Voila, we can start,” she exclaimed, standing with her hands on her hips and a knowing look in her eye. I observed that the balls were indeed square, or more correctly, cubic, numbered in pairs. I plucked one from the bucket and studied it closely. “10 cm by 10 cm by 10 cm and made from pine,” Louis instructed proudly.

This is a whole new ball game, I thought.

The “ball” certainly felt different in the hand, much lighter by far than the usual steel spheres, but the game was the same. You chuck the thing and hope it lands closer to the jack than the opposition’s balls. I quickly learnt that if the “ball” landed on a corner, whether on the grass or gravel, it would invariably bounce and take off like a rocket into the nearest bush. We all got the hang of it and were soon into the fun of the game, square balls ricocheting in all directions, the tower seemingly watching all that transpired at its feet in benevolent tolerance. The pastis warmed my blood, while the verdant valley and forested hills stood as backdrops to a balmy French evening.

What follows is a modified extract from the introduction to my PhD thesis. 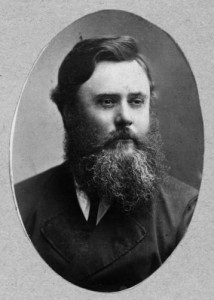 Let no one say the past is dead.
The past is all about us and within.
Haunted by tribal memories, I know
This little now, this accidental present
Is not the all of me, whose long making
Is so much of the past.

Oodgeroo Noonuccal — ‘The Past’, in The Dawn is at Hand: Poems by Kath Walker 1966

The fiction begins where my research can’t find or verify any more facts.

I first became interested in Tom Petrie while studying for my undergraduate degree at the University of Queensland. Research for one of my courses led me to Tom Petrie’s Reminiscences of Early Queensland (hereafter referred to as Reminiscences), written by his daughter Constance and published in 1904. I was fascinated by Tom’s life in the fledgling colony at Moreton Bay, which was home to some of the worst convicts in Australia, an isolated outpost surrounded by thick bush inhabited by Indigenous people.

As a writer and researcher, I had to ask myself what my motivations were for writing this particular narrative. I think Tom Petrie’s story is an important part of Queensland’s history and I want to make it accessible to a wider audience than that reached by Reminiscences. Through Turrwan (“great man” in the Turrbal language), I would like to give readers an opportunity to become more aware of Queensland’s Indigenous heritage as well as that of its white population. Like most writers, I hope my book will be widely read by the general public and perhaps also used as an educational tool in the classroom.

The Petrie family played an important part in the development of south-east Queensland. Tom’s father Andrew was the superintendent of works for the penal colony, the first free settler and a major builder in the new town, while Tom’s elder brother John became the first mayor of Brisbane in 1859. Tom himself acted as guide, messenger, interpreter, explorer, timber cutter and surveyor for the white settlement, and established Murrumba in the North Pine area where the town of Petrie was later named after him.

The history of Australian colonisation and the treatment of the original inhabitants of the country remain points of contention often bitterly debated, as in the so-called “history wars.” Historians such as Keith Windschuttle and Henry Reynolds defend opposing positions regarding, in particular, the massacres perpetrated by the whites, either denying (Windschuttle) or acknowledging (Reynolds) the events. My work attempts to go beyond the bare facts of the conflict by letting the characters and events tell the story. Kate Grenville, in her comments about her book, The Secret River, expresses how I see my own work:

It stands outside that polarised conflict and says look, this is a problem we really need, as a nation, we need to come to grips with. The historians are doing their thing, but let me as a novelist come to it in a different way, which is the way of empathising and imaginative understanding of those difficult events.

Turrwan is timely as increasing numbers of Queenslanders want to learn about our state’s past. The large audience at the panel discussion, “Does Heritage have a Future?” at the State Library of Queensland on the 24th October 2012, was a measure of the thirst Queenslanders and all Australians have for our heritage.

land of Penang off the western coast of the Malayan peninsular in the years preceding and through World War Two and the Japanese invasion. Philip Hutton’s family on his father’s side has been an institution on the island since the early days of settlement by the English, while his mother is the estranged daughter of a wealthy Chinese family. Philip is 16 when war breaks out. Apart from his friendship with a Chinese boy his age and the ever-increasing intimacy of his relationship with his Japanese sensei who teaches him Aikido, he had always been a loner, not quite fitting in with either side of his family, his difference too obvious. In Philip’s words:

That was my burden – I looked too foreign for the Chinese, and too Oriental for the Europeans. I was not the only one – there was a whole society of so-called Eurasians in Malaya – but even then I felt I would not belong among them. I felt as Endo-san and the Japanese people here must feel: they were hated by the locals as well as by the British and Americans, for their exploits in China were now becoming daily topics of debate from the street peddlers to the Europeans drinking their ice-cold gin in the Spotted Dog.

Despite the depredations of the Japanese, Philip is able to recognise a deeper aspect of their culture:

Yet I had seen another side of them – I had seen the fragile beauty of their way of life, their appreciation of the sorrowful, transient aspects of nature, of life itself. Surely such sensitivities should count?

The author paints a vivid picture of the land and evokes a strong sense of the period and the interactions of the diverse cultures in the pot pourri that is Asia as history unfolds around Philip, forcing him to make tough decisions. How do you face someone you love who has betrayed you? How do you live with yourself when you are seen as the betrayer? Just how far will you go to protect your family and your friends? And what do you have at the end of your life apart from your memories? After a particularly gruesome event during the war, Philip reflects on his position:

I led the darkened procession with only some hurricane lamps to light our way. Anger     and sorrow walked with me, joining hands with guilt – the three walls of my prison.

While the Japanese had not physically imprisoned him, Philip’s relationship with the invaders had led to his being surrounded by the barbed wire of his own tumultuous feelings from which there was no escape.

The Gift of Rain was long-listed for the Man Booker Prize in 2007 and is a great historical novel in that it fulfils all the requirements of the genre, transporting the reader back in time to a little-known part of the world where we discover and learn about the people, their culture, their hopes and desires, and come away with a sense of having gained in knowledge.