After the long journey through researching and writing a PhD thesis I am now ready to plunge back into the real world to concentrate on publishing some of my work and to get stuck into some new projects. My novel Turrwan is now on sale as a paperback through FeedARead.com and should be available on other sites such as Amazon, Book Depository etc. in a few weeks time. I am currently working on the ebook version which will be out soon on Kindle. I am also planning to publish At the Feet of a Giant, my memoir set in Provence in the south of France as an ebook once it’s finished. 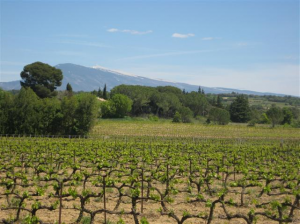 I’ve been going back over my notes for another novel, this time set in the coal-mining ghost town of Mt Mulligan about 100 km due west of Cairns in Far North Queensland where I spent the first four years of my life until the mine was closed down in 1957. The mountain, Ngarrabullgan as it is known to the Kuku Djungan, is one of the most sacred and oldest sites in Queensland with proof of human habitation dating back 40,000 years. What the local Aboriginal people know as the birthplace of the Rainbow Serpent is a tabletop mountain 18 km long by 6.5 km wide and rising between 200 to 400 metres above the surrounding countryside. In 1876, intrepid explorer James Venture Mulligan discovered payable gold along the Hodgkinson River which flows along the eastern flank of the monolith (ten times bigger than Uluru). Miners flooded to the area but the field was never as rich as the Palmer to the north. When coal was discovered under the mountain in 1907 the gold had petered out. On a September morning in 1921 a massive explosion rocked the mine resulting in the death of all 75 men working underground at the time. Aboriginal people are supposed to have said that it was retribution for digging into the sacred mountain. The only original building remaining is the hospital which is now the homestead for a working cattle ranch that welcomes visitors. At the turn of the twenty-first century a large marijuana plantation was established to the southwest of nearby Chillagoe, once a thriving smelting town. When Police closed down the operation and arrested those involved they were led to a cache of 8 kg of gold nuggets and $161,000 cash hidden in the old Mulligan mine. This project is still very much in its infancy – much research and planning is in the offing to bring all of these elements together in a compelling story. 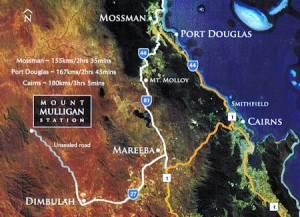