Some readers of Turrwan have said that I have left them dangling and they are waiting for more. What happened in the years between Grayson’s death in the 1860s to Tom’s own death in 1910? they ask. They want to know more about Elizabeth and her life at Murrumba. I had already nurtured the idea of writing about Tom’s daughter, Constance and her role in producing Tom Petrie’s Reminiscences of Early Queensland. So I have started/continued my research into the Petrie family and am attempting to develop some sort of a plot line. Tom and Elizabeth married in 1858 and had six daughters and three sons, who all grew up at Murrumba. In the 1860s the Petrie’s bred cattle and horses and also ran the coach stop and provided accommodation and meals for travellers between Brisbane and Gympie, where gold was discovered in 1867. 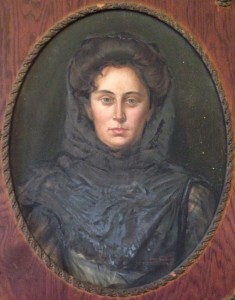 A primary school opened in North Pine in 1874 and the railway arrived in 1888. Tom was involved with establishing a settlement for the Aboriginal People on Bribie Island and played an important role in dealing out justice in the growing town of North Petrie. The family endured economic hardship through the 1890s’ depression, which was exacerbated by severe drought. Constance collaborated with her father to produce Reminiscences, a process I will explore further in this new work. After his death, the town’s name was changed from North Pine to Petrie in honour of Tom. However, not all the locals were impressed, and voiced their opposition, to which Constance was forced to respond.

As with Turrwan, I need a villain. I am looking at creating a family who move to North Pine in the 1860s and who run foul of Tom. Perhaps they are thieves or have connections to bushrangers. Over the years, the resentment grows and is passed on to later generations. It is this family that Constance has to fight in defence of her father and the family name. Or it could be a rival family of graziers . . . or both.